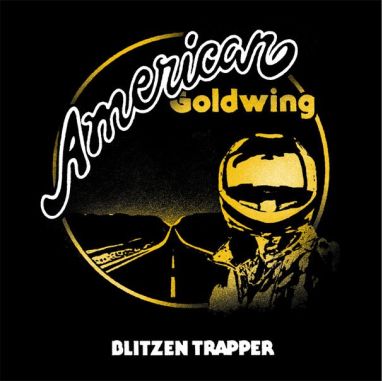 I’m in love with this album. I didn’t expect it, given that I’ve liked Blitzen Trapper‘s previous work–especially Furr–but was never truly enamored with their music. But I’ve fallen hard for American Goldwing. The Portland band’s sixth record is irresistible–one of the best records of 2011–with catchy melodies, rocking rhythms, and wise, straight-shooting lyrics.

Eric Earley–BT’s songwriter, singer, and guitarist–shows his storytelling prowess in songs that evoke a Wild West of his mind, a mash-up of cowboy-like loners and wanderers and ’60s and ’70s Americana. The album invites you on a road trip; it doesn’t matter what your ride–just get in the car, crank up the radio, and pause once in a while to look at the stars. The music has echoes of Bob Dylan, The Rolling Stones, Big Star, and even a bit of T. Rex. All the songs are good. My favorites are “Fletcher,” “Love the Way You Walk Away,” the title track, and “Stranger in a Strange Land.” Earley turns many a good phrase: “The old joke stands ’cause it’s true I guess/that when you find what you’re looking for you want it less,” he sings in “Love the Way You Walk Away.” In “My Home Town,” he asks: “But does a true heart change or does it stay the same?/Think I’ll go on back to from where I came.”

American Goldwing takes you on a soulful, nostalgic trip. You won’t want it to end, so you’ll keep on listening to this modern classic. 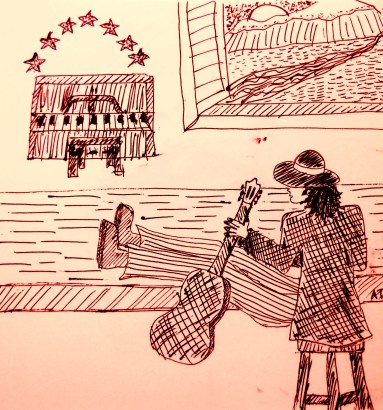