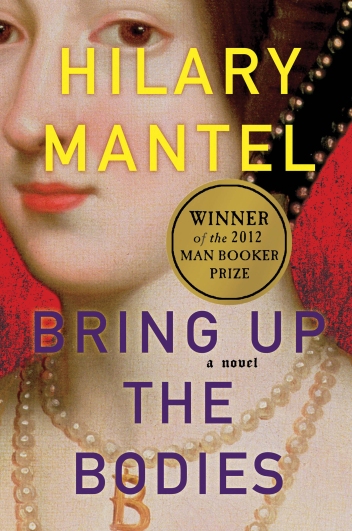 Hilary Mantel’s Bring Up the Bodies is a worthy follow-up to the excellent Wolf Hall, which ends with Thomas Cromwell rising to prominence in King Henry VIII’s court as he struggles with family loss and a bout of illness spreading around England. In the sequel, Cromwell has become Secretary to the King, basically Henry’s right hand. Anne Boleyn is now Henry’s wife, but she has a tenuous hold on the throne as the king begins to tire of her and eye another woman. It falls to Cromwell to figure out how to bring down Anne so the king may have his wish.

Mantel, as usual, is masterful. She has won the Man Booker Prize for both her Cromwell novels thus far. Her observations and perceptions of human nature are seamlessly interwoven with historical details. She brings to public consciousness the character of Cromwell, a veiled major player of Henry the VIII’s reign. “‘Cromwell will do in a week what will take another man a year, it is not worth your while to block him or oppose him. If you reach out to grip him he will not be there, he will have ridden twenty miles while you are pulling your boots on.'” Mantel’s rendering of the complexity of this august character gives an engrossing perspective on the dramatic life of Henry VIII.